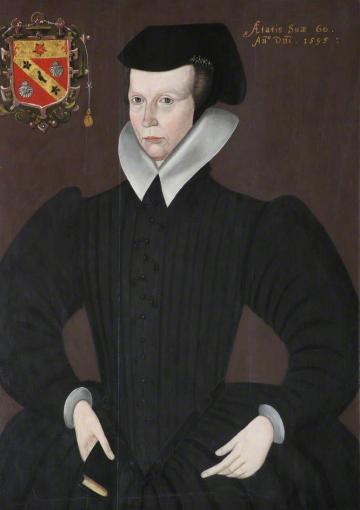 This doctoral project will assess the function and legacy of portraits of sixteenth- and seventeenth-century women in an institutional context, through research into their acquisition, display and conservation in colleges at the Universities of Oxford and Cambridge, and the commissioning of copies and prints of the portraits for wider dissemination. The partnership will allow for assessment of the surviving objects and archival evidence in the colleges, along with the national records relating to portraiture that are held in the Heinz Archive at the National Portrait Gallery and the Gallery’s unique expertise as a centre for the study of British portraiture.

Recent work on women’s patronage in early-modern Britain has exposed their presence in the creation of a surprising number of literary, musical and artistic works, whether by commissioning them, financing them, or having involvement in the production process. Here, there is an opportunity to extend this scholarly approach, by exploring not only the role of women in founding and giving donations to colleges but also in disseminating their images in painting and print in the universities and elsewhere.

In the sixteenth and seventeenth centuries, a number of women offered patronage to colleges at the universities of Oxford and Cambridge. This took many forms but their engagement with these exclusively male institutions was often commemorated through portraiture. The continuous display of these images over the subsequent centuries offers a means to assess the exemplary function and legacy of portraits of women in an institutional context, through research into their acquisition, display and conservation, and the commissioning of copies and prints of the portraits for wider dissemination. The National Portrait Gallery and the University of Oxford propose a Collaborative Doctoral Award that explores these understudied collections.

The period chosen is one of immense importance to the development of England’s two ancient universities and one of particular significance to the issues of gender and patronage with which this project is concerned. During the sixteenth and seventeenth centuries, the student population of Oxford and Cambridge was massively increased, rising in Oxford, for example, from 1,015 in 1552 to 3,305 in 1634. This necessitated new building, new collegiate foundations, and new benefactions. Notable amongst these benefactors was a new breed of female donor – women who ranged in social status from the aristocratic, semi-regal Lady Margaret Beaufort, founder of Christ’s and St John’s in Cambridge (1505 and 1511), to the gentry-level Dorothy Wadham, founder of her eponymous college in Oxford in 1610. The female donors ranged also in religion: Wadham was a recusant, whereas Frances Countess of Sussex (founder of Sidney Sussex College, Cambridge) was on the puritan wing of the Protestant Church. The political and social networks of each women will tell us a great deal about the motives behind and nature of their patronage.

These founders were important – if paradoxical – people. Establishing colleges for celibate male inhabitants, they were creating homosocial spaces. Wadham’s own statutes prohibited women from even entering her college. At Christ’s, by contrast, Lady Margaret installed her own accommodation above the master’s lodge, firmly establishing her importance within this bastion of male authority. Through their portraits, too, these female images disrupted all-male spaces. Yet almost no work has been undertaken on the subject and we are still far from understanding the role these portraits played in both constructing and subverting the practice of college life in this period.