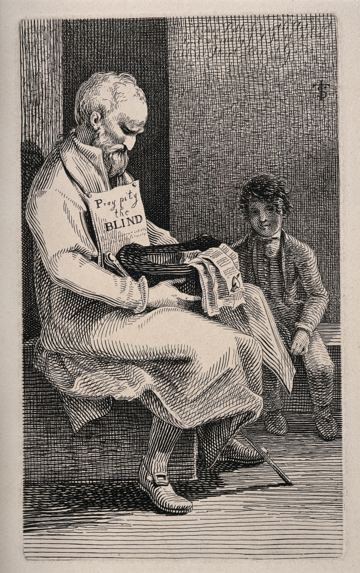 Applications are invited for an Open-Oxford-Cambridge AHRC DTP-funded Collaborative Doctoral Award at The University of Oxford, in partnership with Dove Cottage and the Wordsworth Museum.

This doctoral project will involve looking at the way in which people who would nowadays be classified as having a protected characteristic which is a form of disability (e.g. deafness, blindness etc.) are pictured in French literature of the Romantic era and relating this to English depictions of the same period. The student will draw up a corpus of French-language texts (poetry and/or prose) and develop the gender angle by working not only on figures like Victor Hugo, but also e.g. on Marceline Desbordes-Valmore and some of the understudied women Romantic writers. There will be ample opportunity to shape the corpus according to the student’s own interest and sensibility. Recent publications on the English literary context which will be useful for developing the initial methodological approach are Emily Stanback's The Wordsworth-Coleridge Circle and the aesthetics of Disability (2016) and Michael Bradshaw (ed.)’s Disabling Romanticism: Body, Mind, and Text (2016). The thesis will be a pioneering work in disability studies in French literature of the Romantic period. It will also be the first book-length study to have a truly comparative basis.

The student will be expected to make several visits to Grasmere and to take part in The Wordsworth Trust’s activities, from curation to public engagement and outreach. S/he will be given workspace in which to study documents and objects held at Dove Cottage, and access to the different teams there.

S/he will also curate a set of disability-related posts for RÊVE (which could for instance consider Wordsworth’s ‘Blind Beggar’ manuscript; ‘La Folie Cendrin’, Dr Blanche’s asylum in which Nerval was a patient; Talleyrand’s wheelchair; Beethoven’s ear-trumpet etc.) under the joint supervision of Jeff Cowton at Dove Cottage and Catriona Seth and Fiona Stafford at Oxford.

This is a challenging and stimulating project both as far as the academic research (looking into the presence of disability in French Romantic literature and offering pioneering comparative analyses with English) and the knowledge exchange aspect with Dove Cottage go. It will open a series of avenues beneficial both to the student and to the partner institution. It is an academic project which could have real impact beyond the world of academia and will allow the student to develop a very varied set of skills alongside his or her research.

Interested candidates are invited to apply via the DPhil in Medieval and Modern Languages.